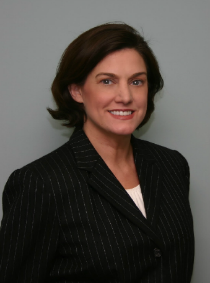 Dennise is a native of Athens, Georgia and earned her undergraduate degree from Jacksonville University, (Florida) where she was a member of Alpha Delta Pi sorority. Dennise worked in Washington, D.C. where she was discovered by fashion designer Albert Nipon. After working as a model in Philadelphia and Washington, D.C., Dennise moved to Los Angeles. There, she was introduced to interior design and architecture, and become a Territory Manager for Scalamandre’ fabrics and trimmings. An avid fox hunter and beginning polo player until she suffered an equestrian accident, Dennise decided to rein in her adventuresome spirit and complete her law degree. She is licensed to practice law in Florida, Georgia, Arizona, and Connecticut. Dennise returned home and opened her practice in Oconee County to be near her elderly parents, Faye and Norm Grayson.

Maggie, the office mascot, was well known around town. She was a miniature Schnauzer adopted through SchnauzerLoveRescue. Maggie had full run of the office and announced all visitors, clients, and trespassing squirrels with the same enthusiasm until her passing in October, 2019.